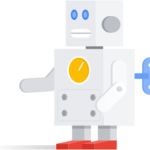 There is a popular image out there, among the general public, that small startups — particularly small software startups — are a hotbed of technical innovation, constantly creating new technology. But is it true?

Of course, to a certain extent it is true. But in my experience startups are disproportionately innovating when it comes to business models, and creating new ways to hold onto their customers. High-level technical innovation is mostly happening at large companies.

Looking back at the last 10 years, it’s surprising how much of my career has been based on technologies that were actually developed at very large firms.

My first example is Loggly. At Loggly we were one of the first (if not the first) teams to put Apache Kafka in front of Elasticsearch, and build a product out of it. But Apache Kafka was developed at LinkedIn, after it had become a large firm.

Next is InfluxDB. During my time there we created the TSM storage engine, but key parts of that engine were based on the Gorilla storage engine, which came out of Facebook.

Elasticsearch is interesting example. It was a small company, and it created a Search product of global importance. But it, in turn was built on Apache Lucene, which was developed by Doug Cutting after his experience at Xerox PARC and Apple.

So the image of small software startups making groundbreaking technical advancements is not quite as common as we think.

At Loggly we had the freemium model — the idea that you give part of your software away for free, and hope people will upgrade to the premium versions. We were constantly tweaking that business model — that was innovation right there, but we never thought of it as such.

When it comes to evaluating an company, and its potential success, there may be a lesson here. Perhaps the company that has built brand new software from end-to-end is not going to be as successful as that company that has taken existing software, and combined it with innovative business models.