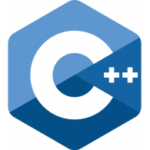 Bjarne Stroustrup has great paper on his website titled Evolving a language in and for the real world: C++ 1991-2006. It provides fascinating insights on the development of the language, the challenges involved, and discusses interesting design ideas. If you have even a basic understanding of C++, it’s a such a worthwhile read.

The paper is somewhat on the longer side, but is eminently readable. I found certain sections particularly instructive.

The paper is rich with observations about C++, and enumerates many language design principles. Some particularly resonated with me (referenced sections numbered in square brackets):

Many developers believe that using Exceptions for flow control is wrong. Stroustrup does not think so. To quote the paper: Exceptions are typically — and correctly — seen as a control structure: a throw transfers control to some catch clause [5.3.1].

I personally find Exceptions useful for flow control, so raised the issue on Hacker News. The response was immediate and forceful. It seems this remains a controversial point.

Programming is about People

An arc that runs throughout the paper can be summarised by the phrase “Programming Considered as Human Activity“. Stroustrup spends much time discussing the work required by his fellow committee members, and how each personality influences much of the C++ design — much like any software design team.

Stroustrup remarks that “…most groups of programmers — including the C++ committee — are dominated by optimists” [3.3]. Anyone who has worked on a software design team knows this to be true. A new feature always and only will ever take a day or so!

All in all a fascinating paper, be sure to check it out here.