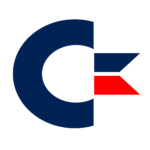 CPU emulation, particularly of older processors, is an interesting topic.

While emulation source code for various CPU cores is easily available, I wanted to better understand how to interface the emulated CPU with my host machine. Therefore I decided to write a simple example of a host system for an emulated MOS Technology 6502 microprocessor.

The goal would be to have the emulated 6502 write “Hello, world” to the console of my linux desktop machine.

I had a Commodore 64 when I was younger so was always particularly interested in the CPU of that machine, which was a MOS Technology 6510. The 6510 is a derivative of the 6502. It has an 8-bit general-purpose I/O port which the 6502 does not have, but the instruction set remains the same.

The emulated system is quite simple. It has some RAM and a character output device. The 6502 itself has a 16-bit address bus and 8-bit data bus, with the bus lines numbered from A0 to A15, and D0 to D7, respectively.

One way the physical version of this system could be wired is as follows: Imagine each device has an active-low ENABLE pin. In other words, when the ENABLE pin is connected to ground, the corresponding device is activated.  Address line A15 is then connected to the ENABLE pin of each device. However — and this is crucial — the signal on A15 travels through an inverter before it reaches the ENABLE pin of the Output device. This is shown in the diagram below.

Accessing the RAM and Output Device

So now we know what addresses to read to, and write from, to access one or other of the devices. But what does each device “see” when its ENABLE pin goes low? That depends on how many of the other address lines (A0 to A14 inclusive) are connected between the 6502 address bus and the device. Imagine the Output Device has a 2-bit address bus and an 8-bit data bus. This means 4 distinct locations can referenced within the device. The technical documentation of this (imaginary) device would probably refer to these locations as Registers, numbered 0 to 3.

Emulating the system in software

To emulate the system above, the host system software simply examines the address being generated by the 6502 CPU emulator. The software calls different functions depending on the value of the address and whether the CPU is doing a read or write. If the 6502 is performing a read, the called function will return a value to the 6502 CPU emulator; if it is performing a write the called function will take the value as one of the call parameters. In the physical system these values would actually travel over the data bus.

To emulate the 6502 CPU I downloaded and built Marat Fayzullin’s Marat Fayzullin‘s 6502 Portable Emulation Package. The code is an emulation of the 6502 instruction set, which processes a stream of 6502 opcodes. These opcodes set the state of the 6502 registers and status variables, just like the real processor. It can also read and write to any location in the 6502 address space. But, of course, all of this performed in software, not in silicon. Well, of course, it’s all eventually performed in silicon, but that’s where the philosophy comes in!

Adding some RAM to the system is easy — it’s simply an array of bytes, sized to the amount of memory the system has.

How the Output Device works

The emulation of the Output device is trivial.

The hosts system code calls this function whenever the 6502 writes a byte to the first “register” of the device, located at 0x8000 in the memory space.

That’s it for this post. A future post will show the 6502 assembly code that writes to the Output Device.

You can find the code on github.